Do you feel lost and confused?

Maybe you’re stuck in a dead-end job you hate like I once was. Or maybe you’re just not where you want to be in life.

You’re lost and you don’t know your next step forward.

If you feel this way, know that you’re not alone.

Many people feel lost, including me at one point. Just do a google search and you’ll see thousands of people asking the same question.

There’s a lot of general advice telling you what to do when you’re lost. Stuff like thinking about what you liked as a kid, going back to school, meditation, etc.

But today, instead of telling you what you should do, I’m going to be sharing with you 7 things not to do when you’re feeling lost.

These are the things that strayed me further from escaping my job and kept me in a situation I wasn’t happy in.

Have you ever binged Netflix for hours only to regret it afterwards? 🙋‍♀️🤦‍♀️

One more episode turns into one more season.

I’m not talking to those who watch Netflix in moderation.

I’m speaking to those who are binge-watching Netflix to escape from their current problems.

After coming home from my less than ideal job, I’d be miserable.

However, instead of doing something about it, I would resort to Netflix or TV. It helped numb my mind and push off thoughts about leaving my job.

But doing this didn’t make my situation any better.

It was a just temporary fix.

I’d still wake up dreading work, wishing my week away.

If anything, endlessly consuming content made my situation worse, not better.

2. Getting hopelessly addicted to video games

I remember getting caught up in multiple addicting mobile games.

I thought, hey, it would be the perfect way to relieve stress from my day job.

Oh how wrong I was.

A 1-hour game would turn into semi-allnighters. I’d wake up tired, unmotivated, and cranky.

After playing for hours, I would regret everything.

In reality, I could’ve used that time to work towards my greater goals, learn, or hang out with my loved ones. Instead, I spent it immersed in a fictional world.

Reality is not in your virtual game world. There are accomplishments and achievements waiting for you in real life.

When you’re feeling under the weather, it’s hard to resist going on amazon to buy something you know you don’t need.

Mindlessly shopping makes us feel better in the short-term but will hurt us in the long term.

When I resorted to retail therapy, I would just spend money on useless or detrimental things, such as junk food and other gimmicks that just drained my wallet and added clutter.

Thinking back, I wish I used hundreds of dollars to invest in myself, my future, and my goals.

4. Comparing yourself to others

When I felt lost, comparing myself to others not only made me feel worse about myself but also confused me.

Because I saw someone doing one thing, I felt I should’ve done the same.

Comparing myself to others pulled in a million different directions. I wasn’t able to focus on myself, my values, and what I truly wanted to do.

Ultimately, you won’t find your true life path by copying someone else’s.

If you hang out with people who are unhappy with their lives and won’t do anything to change it, then it’s likely you’re going to do the same.

Plus, it’s likely that your negative friends don’t want you to succeed and might even discourage you from your greater goals.

However, if you surround yourself with encouraging people who work towards their goals, then you’re much more likely to make progress with your goals.

Unfortunately, life is unfair. Some people are born with more advantages than others.

You can spend all day getting caught up in that mindset, but it won’t change anything. You’ll still be stuck in your unfavorable situation.

I used to have this mindset as well.

I blamed my bosses, my family, my teachers, and my friends for all the problems I had in my life.

Because I wasn’t from a well-off family, I resented others who were more “successful” than me. I would think X was so successful just because his family had the money to support his endeavors.

And while this might have been true, did it help me escape my situation?

In reality, I just shifted my responsibilities onto them so I didn’t have to take any action. I was escaping from my problems instead of facing them.

7. Not doing anything at all

If you’re stuck in a situation you hate but aren’t doing anything about it, then what’s going to change?

Complaining about how much you hate your job as I did in the past, won’t magically solve your problems.

You’re going to have to take action in order to move the needle.

And if you’re feeling lost and don’t know what to do, then I have a resource that’ll help you.

I put together a Find your Life Path Guide on how you can find clarity on your situation and start taking action towards a life you love.

These are the exact steps I used to figure out my path and build a life I love.

Get your free guide sent straight to your inbox!

Success! Please check your email to confirm your subscription.

What do you struggle with the most when you’re feeling lost? Let me know in the comments below! I’d love to hear you out.

How to Find your Purpose in Life: 5 Key Steps 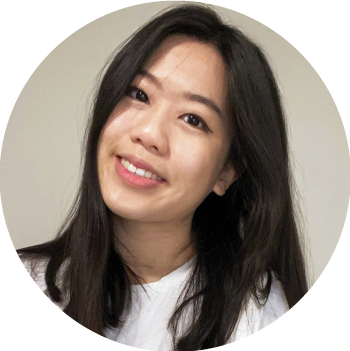 I lived aimlessly for the longest time. Instead of deciding my path in life, I let external factors control my destiny. Naturally, I felt stuck and hopeless.

However, after starting my planning journey, I finally feel like the author of my own story. I’m here to help you and share with you what I learned along the way.

Bit of Clarity is a participant in the Amazon Services LLC Associates Program, an affiliate advertising program designed to provide a means for sites to earn advertising fees by advertising and linking to Amazon.com.